The cards in this set are often found cut into ‘singles’ which devalues them; it can be quite hard to find complete pair cards. There are six footballers together with a boxer and an athlete. The difficult card to find in this set is the one featuring early 20th century footballing superstar, Billy Meredith.

Of extra interest is the fact that the other half of this set was issued with its sister paper “Comic Life” over the same four weeks. 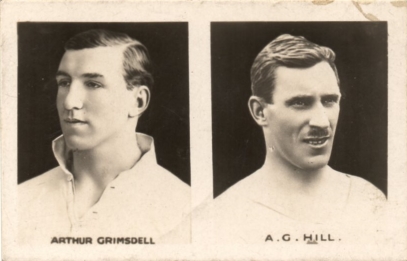 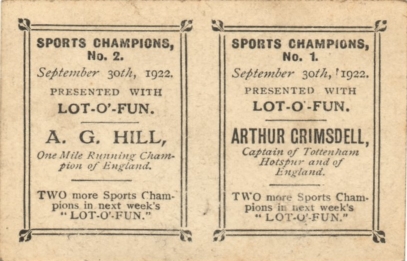 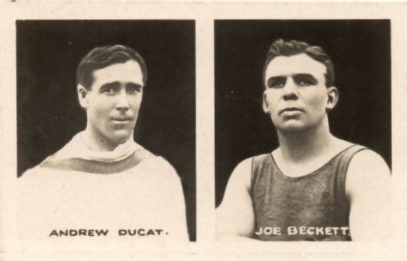 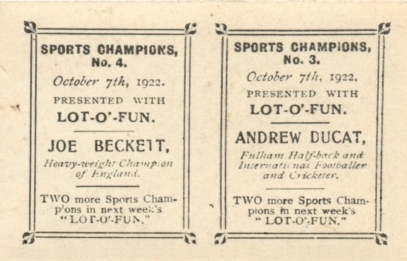 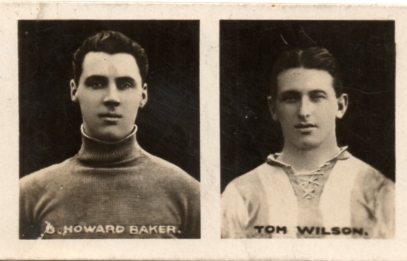 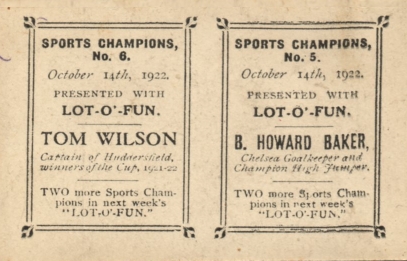 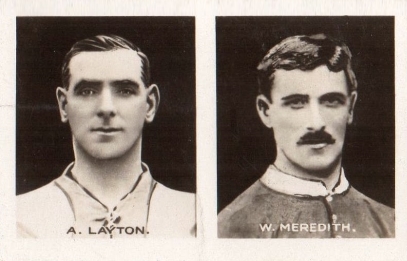 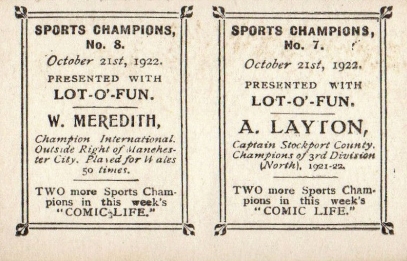 I have no specific issue information for this set.

* I need the final card, the one featuring Layton and Meredith; I have both as ‘singles’ but I want a complete ‘pair’ if anyone has one.