I have done my homework on this, one of SEVEN such sets from Comptons and it is one of the easier ones to compile. The 22 cards correspond exactly to the teams in the English First Division in 1926-27. Interestingly, teams were numbered alphabetically except for Birmingham, Derby and The Wednesday. The cards looked identical to the previous ‘B’ (B&W) series but this set also featured the words “SEE OTHER SIDE” at the bottom and all had the same back featuring an offer which expired on 30th June 1927. 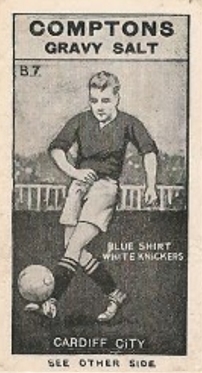 And then there is this… Mike McIntyre sent in this card which purports to be a B.5 ‘offer’ card of Burnley with a “rubber stamped” verso. You’ll note that the text on the back is very blurred, symptomatic of wet ink ‘moving’, and the front lacks the “SEE OTHER SIDE” text. Mike is worried that it might be a fake rather than a genuine item. 😦 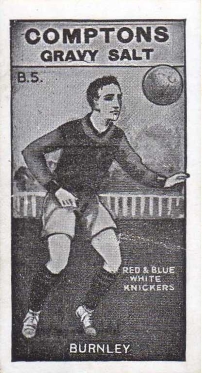 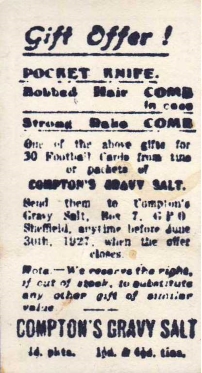 But there are others, so perhaps it’s not a fake… 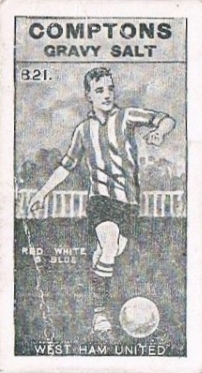 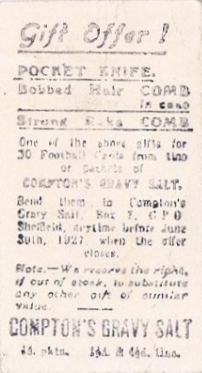 All in all, I have now seen examples of this “rubber-stamped” back for cards of Arsenal, Burnley, Liverpool, Manchester United and West Ham United, so it’s looking less and less likely that they are fakes.

I am still short of several images here – can YOU help, please?