As the set title suggests, these twenty-four cards represented famous international footballers of late 1926 and they were issued concurrently between two different papers – “The Triumph” and “The Champion” – beginning on 25th September 1926. Oddly enough, although the cards are numbered, their releases was pretty much a ‘scatter-gun‘ type of thing going by the dates of issue. 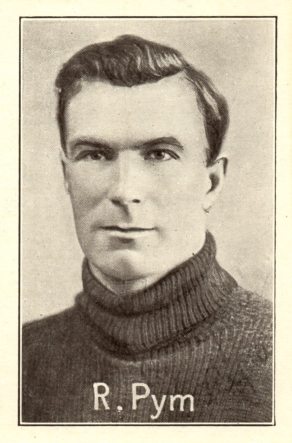 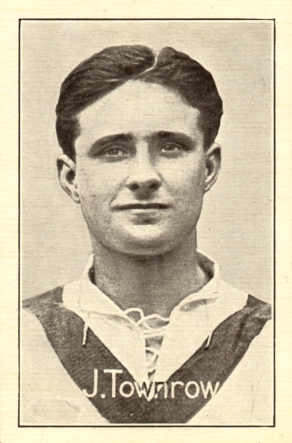 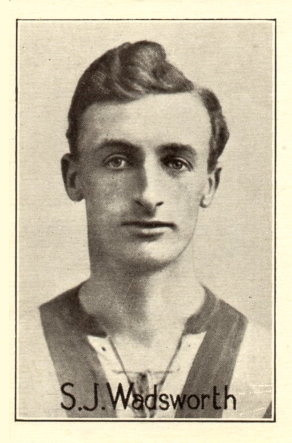 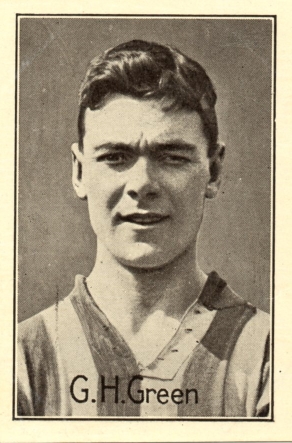 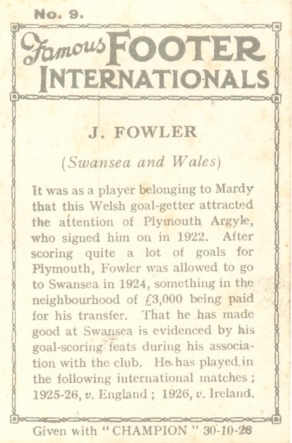 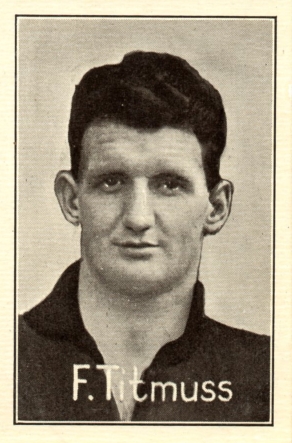 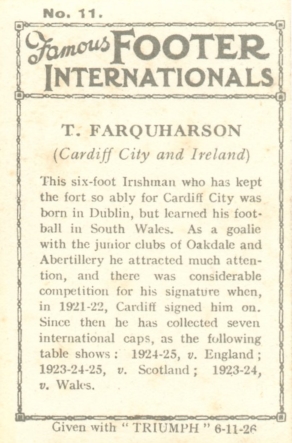 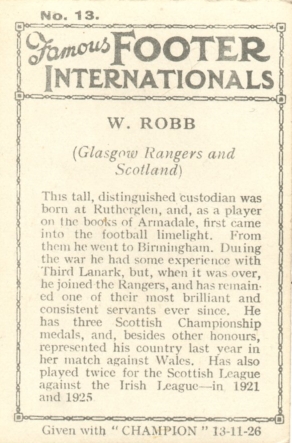 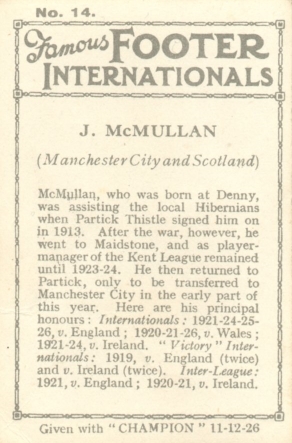 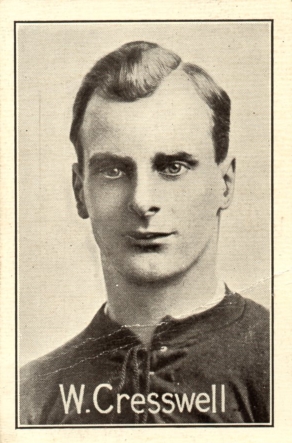 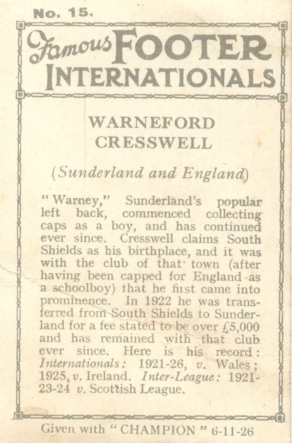 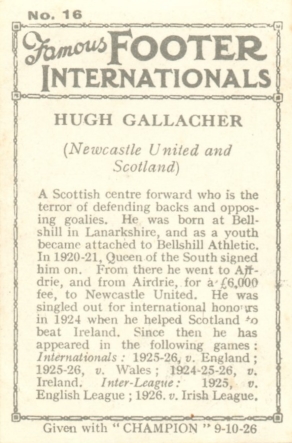 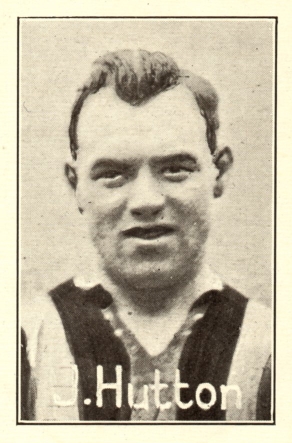 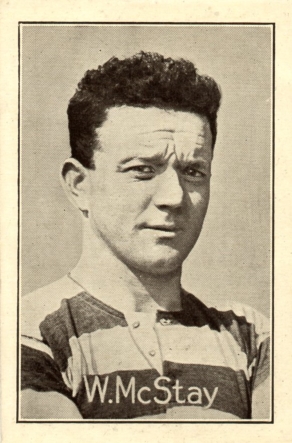 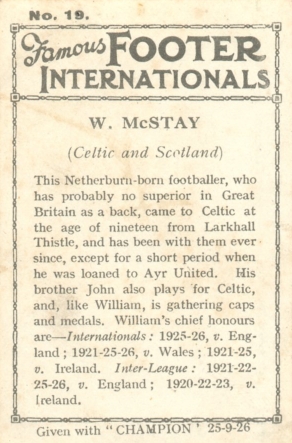 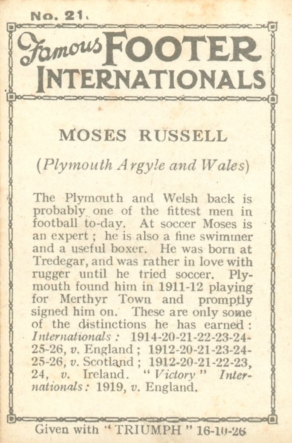 I do not know any specific issue information for these cards.

* I HAVE A COMPLETE SET OF THESE *

And just for good measure, I also have this card.