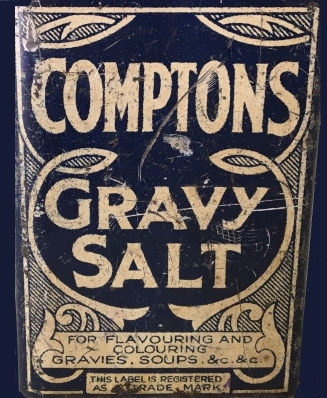 The history of the Comptons Gravy Salt brand goes back many years having been originally manufactured in the early 1920s by Sheffield based Carters of Attercliffe Road before being taken over by Bonds of London & Penguin Confectionery and subsequently moving to Carlisle, Cumbria in 1994.

It would seem that they produced no fewer than SEVEN different sets of football cards all between 1924 and 1927 and I have covered them all here.